I was raised in Reno, along with my two younger sisters, by my mother and my grandparents. My mother brought us here to seek a better life and a fresh start after alcoholism and domestic violence brought an end to her marriage to my father. Our grandparents lived in Reno, and they helped raise us and instilled in us a strong respect for tradition and discipline. We went to church on Sunday mornings, joined the children’s choir, and enrolled into Vacation Bible School every summer. My grandparents worked hard to provide a stable life for us. They came out of retirement to help pay the bills, working janitorial and childcare jobs to make ends meet. My mother worked long, hard hours in the service industry as a waitress in local casinos and restaurants. Like many families, we had both joys and struggles.

Adding to both our happiness and our strained finances, my sister Mari had an unplanned pregnancy at age 14. The family pulled together to make sure my sister was taken care of, and could continue on to graduate high school. Grandma babysat, I got an after school job, and mom picked up extra shifts. Some of the road blocks we encountered led my mother and me to join a newly formed group of low-income single mothers ﬁghting to break the cycle of poverty. The group would evolve into Nevada Empowered Women’s Project (New Project), a non-proﬁt whose mission was to further the rights of women and children living in or near poverty. I served as president for many years, and was honored by the National Center for Law and Economic Justice in 2006 for my work with NEW Project.

Between scholarships from Miss America (I was Miss Nevada in 2002) and the Nevada Women’s Fund, I was able to afford to get not only an undergraduate degree from UNR, but also Master’s Degree in Social Work from the University of Michigan.

I returned to Reno after receiving my graduate degree and, determined to put my degree to work for the community, began working in child welfare as an adoption social worker. I hosted a television show featuring children in foster care who needed loving adoptive homes. I now work as a Hospice social worker. The work is challenging, but very rewarding.

My husband Jeff Thompson and I reside in Northwest Reno with our four children, Lily, Eli and Sandy, and Truckee. My husband is a broadcast meteorologist who has a Masters Degree in Science.

Click HERE to see a map of my district. If you are not sure, feel free to get in touch.

I am passionate about the future of our State. Here are some areas I have worked in during previous legislative sessions:

For more information click on the section you want to learn more about. 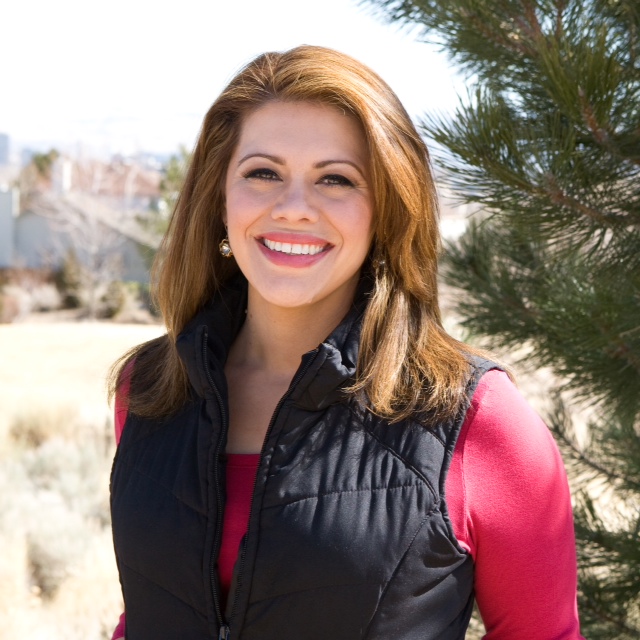 I entered public service to be an advocate for my community. Please contact me at electteresa@gmail.com  or 775-247-7665 if you need assistance resolving issues surrounding foreclosures, government regulations, or social service and community needs.

Paid for an authorized by the committee to elect Teresa Benitez-Thompson. website by sarawainwright.com